Who Hosts the Parade?

The local stores, businesses, and organizations that are Members of the Canoga Park • West Hills Chamber of Commerce host the Memorial Day Parade. While the Chamber is responsible for Parade marketing and operations it is truly an effort of many organizations in our area and surrounding communities.
The theme of the Parade “Saluting the Price of Freedom” and we welcome communities and businesses outside of Canoga Park and West Hills to participate with bands, floats, and sponsorship.

How is the Parade Financed?

The Memorial Day Parade is a great family event that involves marketing, operational and administrative costs. Much of the work done for the Parade is done by volunteers but there are some expenses that are unavoidable. That is why we have a nominal charge for Parade Entries and seek individual small business sponsorships to offset costs. We also seek corporate sponsorships so we can give back to the community and make each Parade experience better every year.

The following sponsorships are affordable and allow everyone the opportunity to join us as a Memorial Day Parade Sponsor. This is a local event with over 30,000 spectators and national recognition. We hope you agree and will help us keep this honorable event a tradition in Canoga Park. 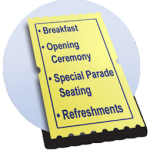 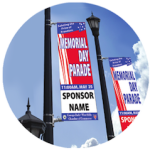 Ad in the Parade Program 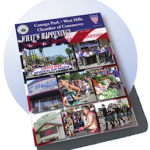